B12 Deficiency and Mental Wellbeing

B12 Deficiency and Mental Wellbeing

Vitamin B-12, or Cobalamin, is the largest and most complex vitamin.  It is water soluble. B12 deficiency is very often very difficult to diagnose. Tests don’t always tell you what’s actually going on.

B12 deficiency can be present without the anaemia. Your body needs Vitamin B12 (cobalamin). It promotes your body’s use of iron and activates enzymes that regulate the level of homocysteine that you have in your blood. High levels of the amino acid homocysteine may increase your risk of heart disease and affect your mood.

Folate and vitamin B12 are major determinants of one-carbon metabolism, in which S-adenosylmethionine (SAM) is formed. SAM donates methyl groups that are crucial for neurological function. Increased plasma homocysteine is a functional marker of both folate and vitamin B12 deficiency. Increased homocysteine levels are found in depressive patients. In a large population study from Norway increased plasma homocysteine was associated with increased risk of depression but not anxiety.1

Neuropsychiatric symptoms are among the most common presenting signs of vitamin B12 deficiency yet the diagnosis is often missed because of lack of awareness of this condition among clinicians 3(Lachner et al., 2012)

In the 1980s, researchers showed that almost one-third of patients with the neuropsychiatric symptoms of vitamin B12 deficiency had no anaemia or macrocytosis 4(Lindenbaum et al., 1988).

B12 must be regularly acquired from the intake of animal proteins or fortified cereal products. Gastric acid frees vitamin B12 from animal proteins, after which it mixes with intrinsic factor produced by gastric parietal cells and is absorbed in the terminal ileum.

A person can have B12 deficiency from having crohn’s disease, a gastric bypass or surgery, coeliac disease, or dietary causes does not have pernicious anaemia. However, we all need to understand that whatever the cause of the B12 deficiency it can be deadly or pernicious if not diagnosed and treated.   Pernicious is defined as “deadly, fatal, malignant, damaging, highly injurious or destructive.

A recent study suggests that methylcobalamin form of vitamin B12 may serve as an effective inhibitor of the nsp12 protein in Sars Cov2.1

Please read Chapter 8 of Vitamin B12 in Clinical Practice for more on Neuropsychiatric disorders, including dementia – prevention is better than cure. 5

It is clear that we need  to  increase awareness of B12 deficiency and ensure it is correctly understood, diagnosed and treated. 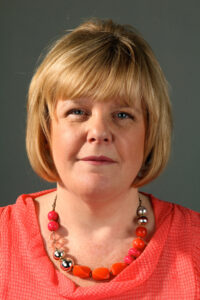 http://www.amazon.com/Could-Be-B12-Epidemic-Misdiagnoses/dp/1884956467 Could It Be B12?: An Epidemic of Misdiagnoses (Paperback) by Sally M. Pachlok, Jeffrey J. Stuart

This website uses cookies to improve your experience while you navigate through the website. Out of these, the cookies that are categorized as necessary are stored on your browser as they are essential for the working of basic functionalities of the website. We also use third-party cookies that help us analyze and understand how you use this website. These cookies will be stored in your browser only with your consent. You also have the option to opt-out of these cookies. But opting out of some of these cookies may affect your browsing experience.
Necessary Always Enabled
Necessary cookies are absolutely essential for the website to function properly. These cookies ensure basic functionalities and security features of the website, anonymously.
Functional
Functional cookies help to perform certain functionalities like sharing the content of the website on social media platforms, collect feedbacks, and other third-party features.
Performance
Performance cookies are used to understand and analyze the key performance indexes of the website which helps in delivering a better user experience for the visitors.
Analytics
Analytical cookies are used to understand how visitors interact with the website. These cookies help provide information on metrics the number of visitors, bounce rate, traffic source, etc.
Advertisement
Advertisement cookies are used to provide visitors with relevant ads and marketing campaigns. These cookies track visitors across websites and collect information to provide customized ads.
Others
Other uncategorized cookies are those that are being analyzed and have not been classified into a category as yet.
SAVE & ACCEPT